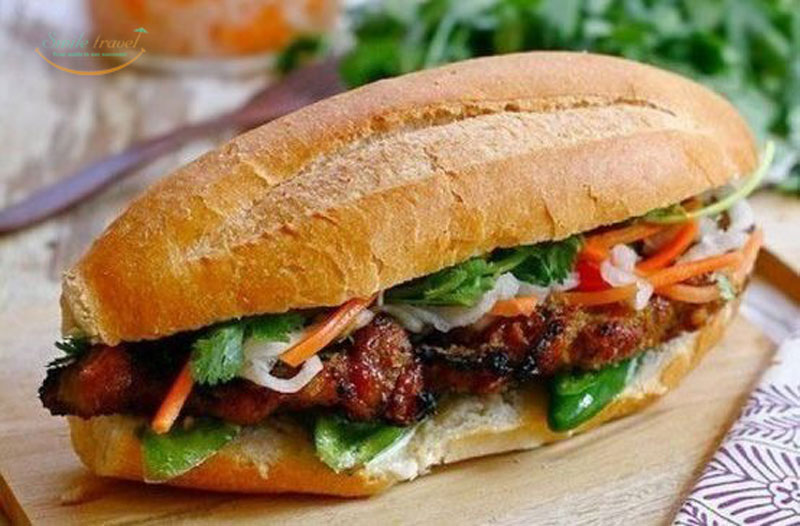 Vietnam’s growing global culinary reputation is exemplified by some unique recipes conjured up in different parts of the country.

Vietnam’s pho noodle soup was placed 28th among 50 best dishes in the world in a CNN listing in October.

Pho features a bowl of flat, soft rice noodles dipped in a fragrant beef or chicken broth flavored with condiments. It is served with beef or chicken, shallots, chili and lemon to taste. The national dish originated in Hanoi before slipping south, where locals have added their own touch.

Food lovers can choose from among various beef cuts like tai 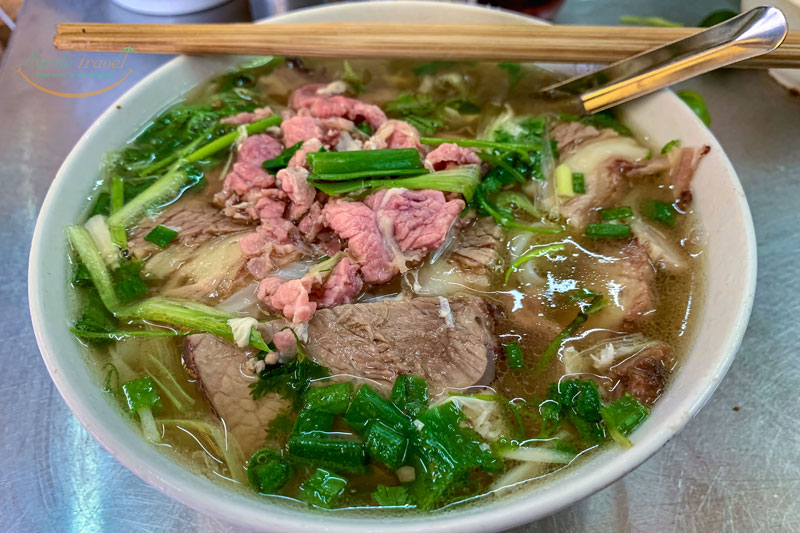 (beef slices), bo vien (beef meatballs) and nam (beef flank). Chicken, on the other hand, makes for a more soothing broth. Southern pho has a sweeter, richer broth whereas in the north it is clear and simple. 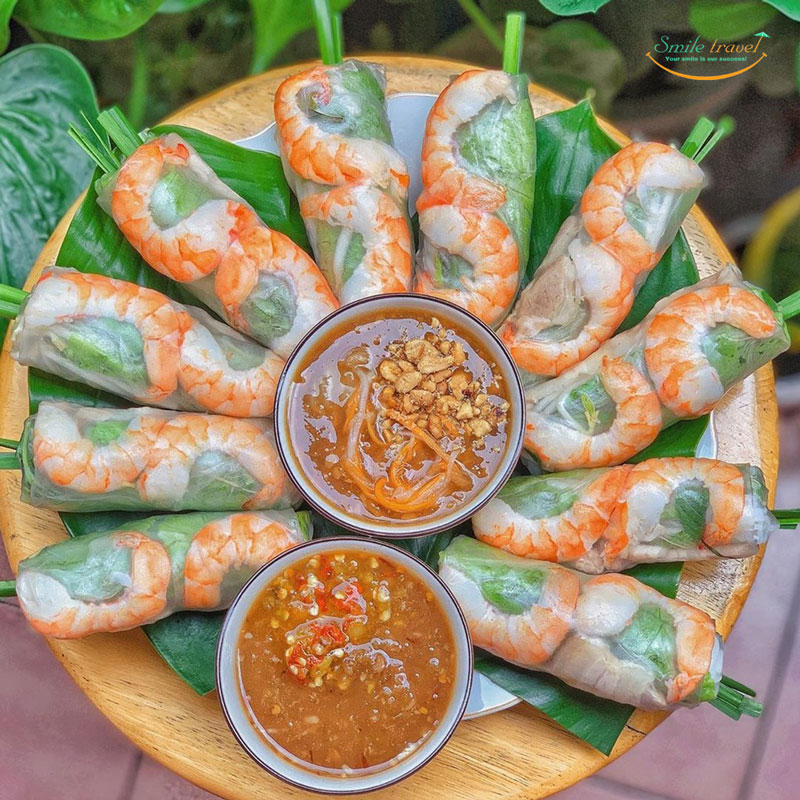 Like other spring rolls, goi cuon is believed to have been introduced to Vietnam by Chinese immigrants though the dish has been modified to suit local tastes.

CNN in October described the dish as a culinary symbol of Hoi An, a popular ancient town in central Quang Nam Province. 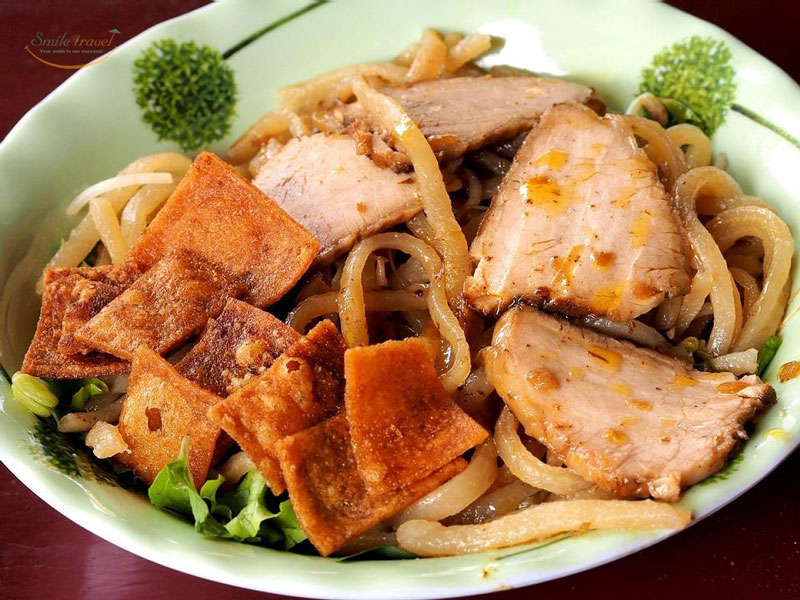 Traditional cao lau includes pork and dry shrimp, though in some cases pork is replaced by chicken and additional herbs. What makes cao lau unique, as a mixture of vegetables, pork or chicken, peanuts, scallions, lime and chili jam, is its absence of broth. 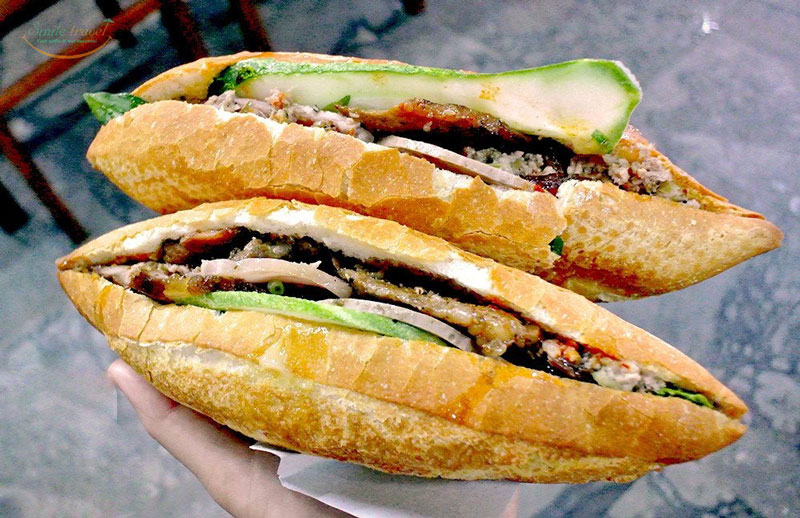 The Vietnamese episode of a documentary series on Asian street cuisine aired in April on Netflix, the world’s leading internet entertainment service, featured the banh mi from Saigon.

The simple baguette, stuffed with anything from grilled pork, cold cuts and cucumber slices to cilantro, pickled carrots, liver pâté, and a swipe of mayonnaise, is arguably one of the first things visitors try for a true taste of Vietnam.

The dish includes vermicelli in a tomato-based broth made by slow-cooking pork or chicken bones. But unlike pho or bun bo Hue (Hue beef noodle soup), to which meat slices are added, the key protein component is minced freshwater mini crabs, pork and egg.

This hearty broth is a great choice for winter, combining fried tofu, prawns, crab meat, pig blood pudding, bean sprouts and fresh Vietnamese herbs like perilla and cilantro. If you don’t mind the pungent smell, feel free to add some shrimp paste for an extra savory kick and to lessen the slightly acidic taste. 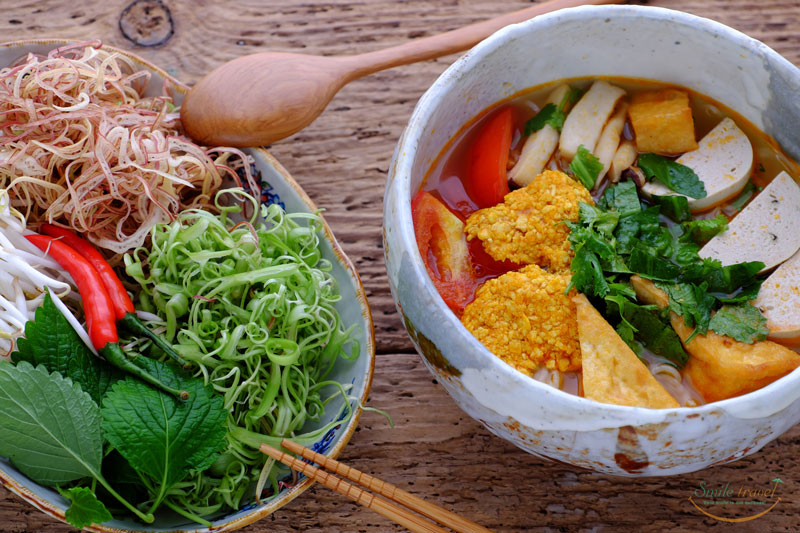 Though its origin is in northern Vietnam, you can easily bump into a bun rieu food stall anywhere around the country.

Food expert Tejal Rao praised banh cuon (steamed rice rolls) in the New York Times in June as a must on a culinary journey in Vietnam.

Traditional Vietnamese steamed rice rolls, or banh cuon, are easily overlooked by tourists, and overshadowed by the omnipresent banh mi or pho.

The thin noodle sheet is steamed over a thin layer of fabric placed on top of boiling water. It is often served with minced pork and a lightly sweetened dipping sauce.

The soul of this dish lies in its rice paper wrap made of rice flour ground by hand to produce the thinnest paper that’s both soft and tough. 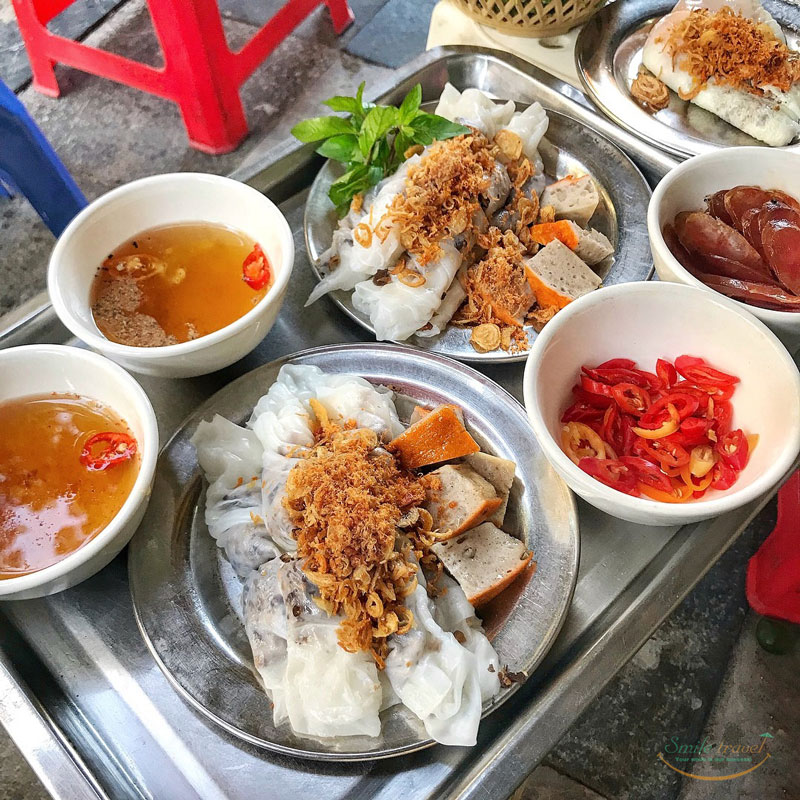 The dish is served garnished with lime, scallions, cilantro, banana blossoms, mint, basil, and Vietnamese coriander. But be warned, if you are not a fan of spicy food: the original version in Hue packs much more of a punch than its Saigon or Hanoi counterparts.

Besides, many Saigon vendors make the broth a little sweeter to suit local taste buds.

Pan-fried squares of fish tossed with dill, onion, turmeric and galangal make for a well-known, much-favored 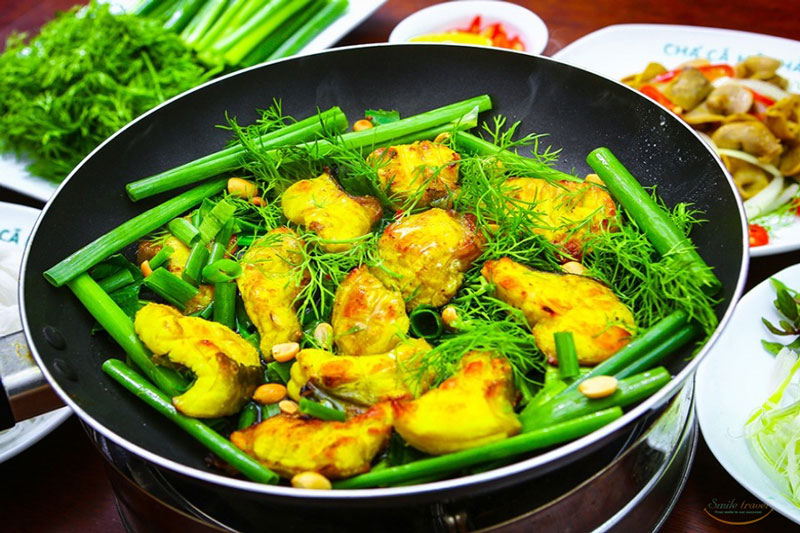 dish, thanks in part to its fascinating history.

In Hanoi’s Old Quarter, Cha Ca Street stands out as one of the few world roads to be named after an iconic dish. Between Hang Ma and Lan Ong, Cha Ca Street boasts one of the oldest restaurants in the city, La Vong, serving just one special dish for nearly 150 years.

Diners typically sit at a communal table with a skillet set over a burner. Turmeric-marinated fish is added to sizzling garlic oil, with dill and shrimp paste tossed in. Diners usually add herbs, marinated hot chilies, peanuts and vermicelli, all laid out within easy reach. 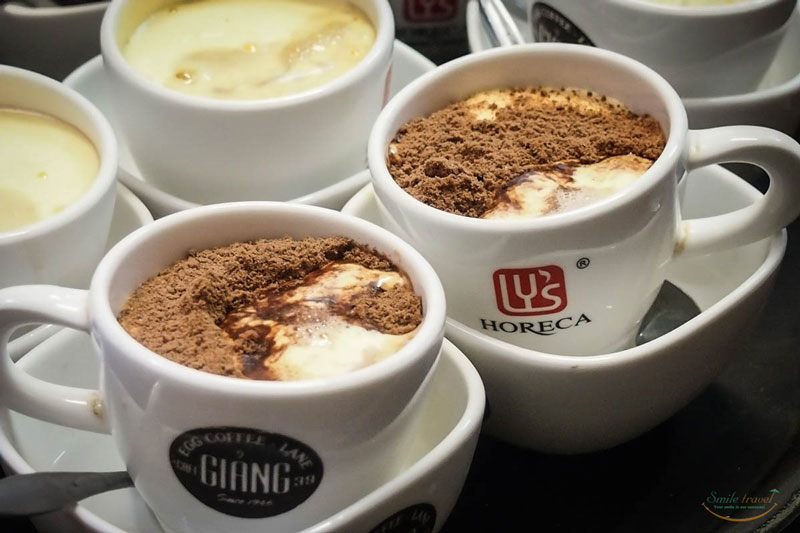 In October, CNN named egg coffee one of the best-known capital drinks, as found at Giang Café, amongst others.

The father of Hanoi egg coffee is said to be Nguyen Van Giang, a former bartender at Metropole Hotel in Hanoi during the French colonial era, who added whisked egg yolk to cappuccino to create a well-crafted balance of fatty, bitter and sweet sensations.

Smile Travel is one of the fast growing Tour Companies in Vietnam. We are as Inbound and Outbound Tour Operator Licence No 01-1051/TCDL-GPLHQT. We specialize in tailor-making and customizing individual, Couple, family and group tours throughout Indochina destinations.